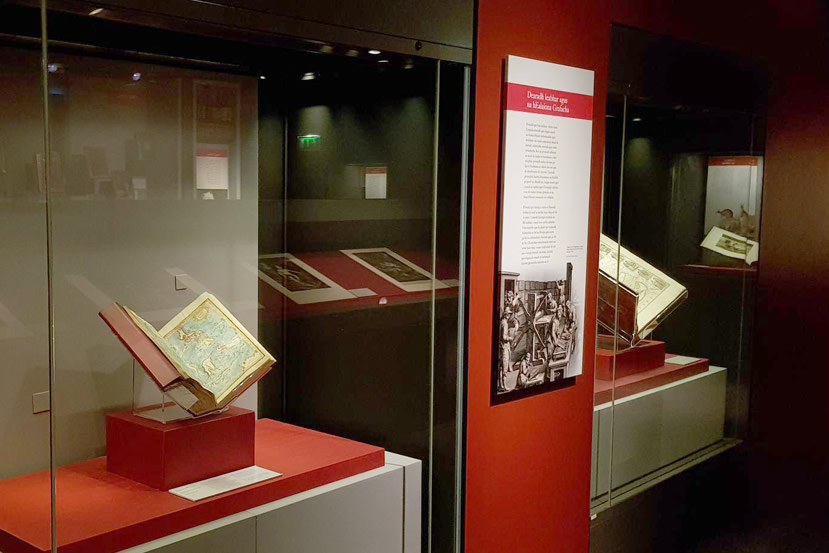 Turkish Cultural Foundation (TCF) is delighted to announce the completion of a project with the Chester Beatty Library in Ireland to conserve one of the earliest printed books in Turkish.

The Cihan-nüma (Mirror of the World, 1732) was written by the Ottoman Turkish scholar Katip Çelebi, and printed by İbrahim Müteferrika. Published in İstanbul, the Chester Beatty’s rare and complete copy of the Cihan-nüma has survived with all of its original 13 astronomical and 26 geographical maps intact. The ambitious text summarised Ottoman geographical knowledge of the time and is one of the earliest books printed in Turkey in Turkish.

Due to the importance of Cihan-nüma, the Chester Beatty approached TCF for support in late 2017. Deeming the project in line with its mission to preserve Turkey’s cultural heritage, TCF provided a grant for the conservation of the book.

Fionnuala Croke, Director, Chester Beatty said: “We are delighted to have the opportunity to partner with the Turkish Cultural Foundation on this project. This is one of the most impressive early printed books in the collection and the TCF’s support of the conservation treatment has enabled us to put the Cihan-nüma on display, playing an important role in deepening the understanding and appreciation of Turkish cultural heritage in Ireland.”

Dr. Yalçın Ayaslı, founder and Chairman of the Turkish Cultural Foundation stated: “We are pleased to see the results of the project by the Chester Beatty Library to conserve this valuable publication. The conservation of the book will now allow visitors from all across the world to view it at the Chester Beatty. Moreover, researchers will now be able handle the book without damaging it.”

As a result of the conservation project which took over a year, the damaged pages were treated and carefully re-sown into a new binding that will allow the volume to be safely handled for generations to come.

Kitab-ı Cihan-nüma is now on exhibition at the Chester Beatty Library’s Arts of the Book Gallery. Visitors can view this magnificent volume and the exquisite detail of the Map of the Indian Ocean and China Sea.

The Chester Beatty Library is a museum and library that houses the world-class collection of Islamic, East Asian and European art assembled by the American philanthropist and collector Sir Alfred Chester Beatty (1875-1968).