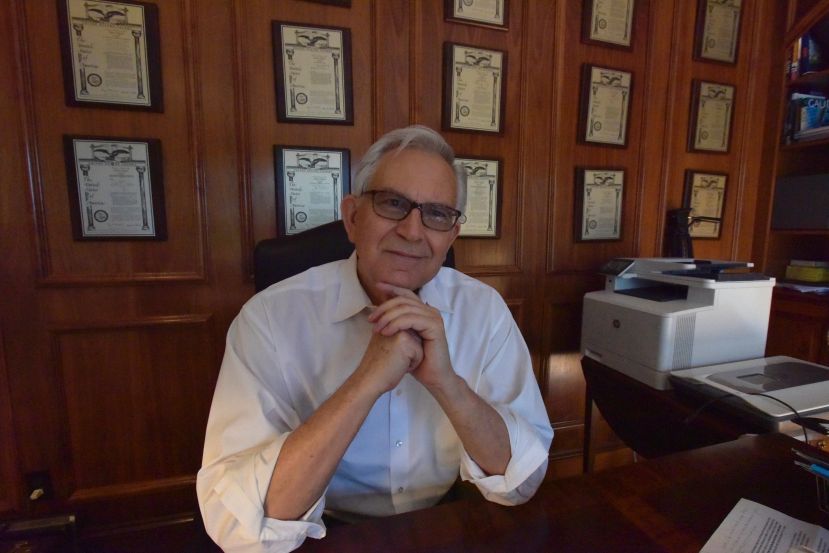 It was the year 1968 when Dr. Yalçın Ayaslı came to Boston to get his Ph.D. at the globally famous Massachusetts Institute of Technology-MIT, after having graduated from the Middle East Technical University-METU in Ankara. When he told the taxi driver that he was a Turk, he encountered, for the first time, claims about the Armenian genocide allegedly carried out by the Ottoman Empire back in 1915. Ayaslı took it upon himself to fight these claims first as a student and later as a professional. He used to work closely with then Honorary Consul General of Turkey, Orhan Gündüz. When Orhan Gündüz was murdered by Armenian terrorists in Somerville, Massachusetts on May 4, 1982, Ayaslı honoured his legacy by naming his son after him. Turk of America magazine selected Dr.Yalcin Ayaslı among one of the 50 Most Influential Turkish-Americans and summarized the reason for the award as defining him as ‘one of the people who changed the unfortunate fate of Turks in America in terms of political and cultural aspects’.

Ayaslı went on to found Hittite Microwave Corp. was founded in Chelmsford, MA in 1985. An innovative designer and manufacturer of high performance integrated circuits, Hittite Microwave was sold to Analog Devices for 2.45 billion dollars in June of 2014.

In order to break down the decades-long prejudices against Turkish American and claims that Turkish lobbying and advocacy in America was carried out by institutions supported by the Turkish state, Ayaslı took a ground-breaking step in 2000. The Turkish Cultural Foundation (TCF) was founded that year and his son Orhan helped to establish its first educational presence on the internet.

Since 2000, TCF spent 34 million dollars to promote Turkish culture in the USA. Through the donations of Serpil and Yalçın Ayaslı, TCF provided fellowships to 200 artists and scholars and 5.2 million dollars in grants to a variety of institutions in the USA, Turkey and other countries. TCF grants to Turkish American organizations helped organize Turkish cultural festivals from coast to coast. Through study tours funded and organized by TCF, 575 American teachers visited Turkey and 3538 teachers attended TCF sponsored workshops on Turkey. Teachers who participated in these training programs brought Turkey into their classrooms, reaching an estimated 367 thousand American students. The portals created by TCF on Turkish cuisine, music, art and culture have been visited by 24.6 million people from all across the world. Placing great importance on transparency, the Foundation shares its annual reports, how and where it spend its funds with the public.

In addition to promoting Turkish culture, Ayaslı realized the acute need to enhance Turkish American advocacy to promote the interests of the community and U.S.-Turkey relations. Consequently, Ayaslı founded the Turkish Coalition of America (TCA) in 2007. Furthermore, he took the leadership in establishing Political Action Committees (PAC) in five different cities across USA to organize Turkish Americans as a force in the American political system in which they hardly had any presence.

So, what have Turkey and Turkish Americans gained through these efforts and philanthropy by the Ayaslı family? The number of members of Congress in the Turkey Caucus was 41, but reached 160 in 2015-2016 through the work of TCA. Resolutions supporting the recognition of an Armenian genocide that used to pass congressional sub-committees every year in April, were not approved even at the committee level and never made it to the floor. TCA fully sponsored and organized numerous congressional delegations that took 170 members of Congress and congressional staffers to Turkey. In addition, TCA sponsored trips that brought 13 US Attorneys General to Turkey; granted scholarships to 488 American students of different ethnic backgrounds to study in Turkey and sponsored study tours by various colleges for 281 American college students to Turkey. In addition, TCA provided scholarships to Turkish-American college students, as well as congressional internship opportunities to 167 young Turkish-Americans investing in the next generation of the community.

Since 2000, the Ayaslıs spent 60 million dollars to promote Turkish interests in the USA and the world through TCF and TCA.

After launching these non-profit initiatives in America, Ayaslı decided to invest in two different fields in Turkey. Aiming to promote Turkey’s cuisine, along with its cultural and artistic richness, Ayaslı created two new brands in Turkey; Nar Gourmet and Armaggan. While these two brands have yet to turn a profit for the entrepreneur, when asked about why he invested his money in these brands rather than in real estate, Ayaslı answers: “There was a need to introduce Turkey’s undiscovered assets to the world.”

Despite everything they have done so far, the Ayaslı couple has never had a special interview with the press. In fact they have shunned media attention. When asked, Dr. Ayaslı explains this principle by saying: “We do not have a habit of praising ourselves about the things we do. I agreed to this interview because of the latest defamation and extortion campaing being carried out in Turkey related to the sale of the regional airline Borajet. I do not want to go into more details about this as the cases are now in the hands of the justice system. Suffice to say that the past year has been incredibly difficult for me and my family, but I am confident that justice will prevail in the end.”