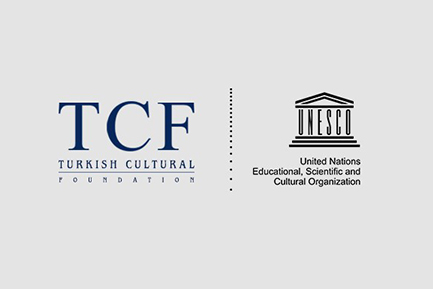 The Turkish Cultural Foundation (TCF) is pleased to announce that it has nominated Limak Foundation and Sabancı University Gender and Women’s Studies Center for the UNESCO Prize for Girls' and Women's Education (GWE).

"We are pleased to nominate two prestigious Turkish institutions for the UNESCO Prize for Girl's and Women's Education. The programs undertaken by the two nominees help to enhance opportunities for girls and women in Turkey, while strengthening gender sensitivity and equality. We hope that they will be found worthy of the prize and wish them the best of success in their efforts," stated TCF Chairman Dr. Yalçın Ayaslı.

TCF nominated Limak Foundation for its leadership and efforts in raising awareness on gender equality and women empowerment in Turkey through the Foundation's  Engineer Girls of Turkey (Türkiye'nin Mühendis Kızları-TMK) flagship program. The program aims to target the disproportionate representation of women in engineering at both the academic and professional levels in Turkey. Under the program, scholarships are provided to 106 students from 36 different state universities, in addition to internships, employment opportunities, mentoring support by volunteer women engineers, online English language training and social engineering certificate programs. A similar project, Kuwait's Engineer Girls, was initiated in 2017.

TCF nominated Sabancı University Gender and Women's Studies Center of Excellence for its Purple Certificate Program-PCP (Mor Sertifika Programı), a consciousness raising program which aims to introduce gender-mainstreaming into the Turkish high school system and curricula. The program is funded by the Hacı Ömer Sabancı Foundation. Between 2007-2016, PCP offered intensive two-day workshops in 17 cities, and a one-week certificate program to qualified applicants. Since 2016, PCP has evolved to include  a variety of programs: The Gender Equality Certificate program for students of schools of Education and NGO workers who work with disadvantaged groups in education; the creation of gender sensitive education materials in  STEM; a program that  familiarizes primary and secondary school students with elementary concepts of gender through two specialized board games; and complementary gender awareness programs in two other major cities in Turkey.

The UNESCO GWE Prize is supported by the Government of the People's Republic of China and consists of two annual awards of 50,000 USD for each laureate to support their work to advance education for girls and women.

Awarded for the first time in 2016, it is the first UNESCO Prize of this nature and is unique in showcasing successful projects that improve and promote the educational prospects of girls and women and in turn, the quality of their lives.