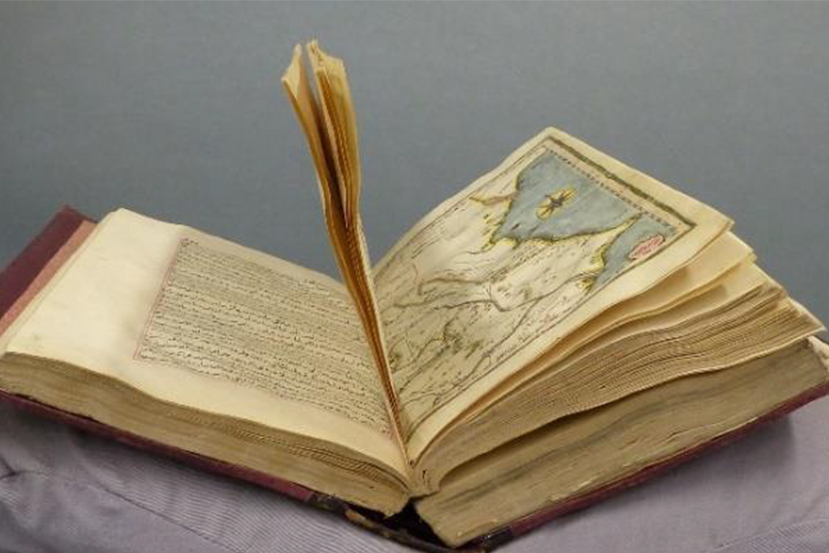 The Turkish Cultural Foundation (TCF) is pleased to announce a grant to and new partnership with the Chester Beatty Library in Dublin, Ireland.

The partnership will ensure the preservation of one of the earliest printed books in Turkish: the Kitab-ı Cihannüma (Mirror of the World, 1732) by the Ottoman Turkish scholar Kâtip Çelebi and printed by Ibrahim Müteferrika.

Described by the Lonely Planet as 'not just the best museum in Dublin, but one of the best in Europe', the Chester Beatty Library is a museum and library that houses the world-class collection of Islamic, East Asian and European art assembled by the great American philanthropist and collector Sir Alfred Chester Beatty (1875-1968).

Kâtip Çelebi is the pen name of Mustafa bin Abdullah (1609-1657), also later known as Haji Khalifa (Hacı Halife), who was an Ottoman historian and geographer and is regarded as one of the most productive authors of non-religious, scientific literature in the 17th-century Ottoman Empire. He began writing the Cihannüma in 1654, expanding on it over the years but unable to complete a second edition due to his untimely death.

Ibrahim Müteferrika (c.1674-1745), who printed the Cihannüma, played a special role in the story of printing in the Islamic world. A Hungarian, whose early life remains something of a mystery, Müteferrika became a senior figure at the imperial Ottoman court. Today he is remembered as the founder of the first official Ottoman printing house in Turkey. In 1727 he secured an edict from Sultan Ahmed III permitting him to print works of a non-religious nature. Subsequently, between 1729 and 1742 his press published 17 books, of which the Chester Beatty Library holds 13.

Published in 1732 in Istanbul, the Chester Beatty Library's rare and complete copy of the Cihannüma has survived with all of its original 13 astronomical and 26 geographical maps intact. The ambitious text summarised Ottoman geographical knowledge of the time and is one of the earliest books printed in Turkey in Turkish.

Due to the importance of this volume, it was included in a recent Chester Beatty publication ‘Director's Choice', at which time it was apparent that the book required extensive conservation and the Library approached the Turkish Cultural Foundation for support.

The book was tightly bound in an unsympathetic 19th-century binding which placed a strain on the pages each time the volume was opened. Over the centuries, with repeated use, the green copper-based pigment used to frame the printed maps had gradually burnt through the paper, causing most of the folios to split along this line. The support provided by the Turkish Cultural Foundation will enable the conservators at the Chester Beatty to re-sew the carefully conserved pages, reinforce the structure of the book and rebind the volume in an Islamic style binding that will allow the volume to be safely handled and displayed.

Fionnuala Croke, Director, Chester Beatty Library said: We are delighted to partner with the Turkish Cultural Foundation on this project. This is one of the most impressive early printed books in the collection and the TCF's support of the conservation treatment will enable us to put the Cihannüma on display, playing an important role in deepening the understanding and appreciation of Turkish cultural heritage in Ireland.

Dr. Yalcin Ayasli, founder and Chairman of the Turkish Cultural Foundation stated: "We are pleased to provide support to the Chester Beatty Library in the preservation of this valuable publication. Kitab-ı Cihannüma carries historic significance as the sheds light on the scholarly accomplishments of Katip Celebi and his life-long efforts to spread scientific knowledge in the Ottoman Empire and beyond."